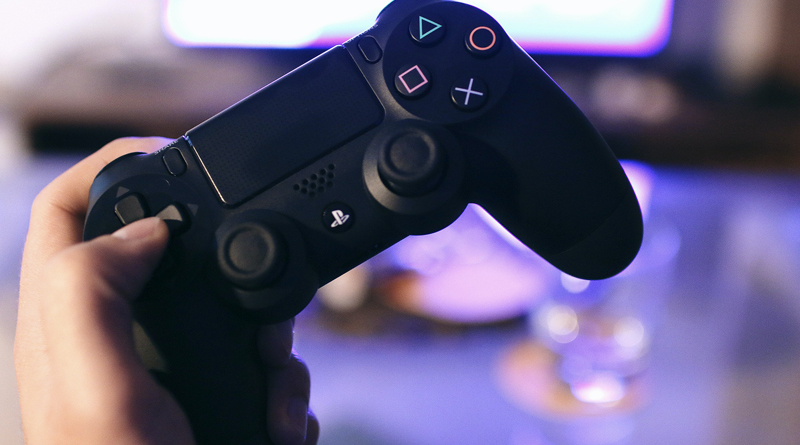 Discover the most popular video game studios in the industry.

Whether you enjoy playing on a Nintendo, Sony, or Microsoft console, it goes without saying that you will have no trouble finding top-notch video games to enjoy for hours on end.

We are clearly living the golden age of gaming, with the support of numerous technological innovations that allow studios to offer ever more immersive gameplay, on increasingly powerful devices.

Gaming enthusiasts have been truly spoiled for the past decade. They were able to play incredible video games in the 2010s , titles that entered into general culture and made an impression. The best part is that they are surely not at the end of their surprises.

Indeed, with the launch of next-gen consoles, more and more sophisticated and well-designed games are expected to be played in the coming decades. It is therefore quite normal to concentrate on these formidable studios which have already amazed us in the past and which will certainly not fail to repeat their exploits.

After that, it is true that the concept of “best studios” is somewhat subjective, given that tastes in the field differ and that some prefer indie games to Triple A, while others only play MMORPGs. line. Be that as it may, the companies that we are going to discuss here are those that have undoubtedly marked the industry.

Most Popular Video Game Studios in the industry:

In the opinion of many players, Finnish studio Remedy does not get all the recognition it deserves. However, it is to this studio that we owe the incredible Max Payne license, this highly successful action game with a dark atmosphere. It’s still Remedy that popularizes the concept of bullet-time (action where time slows down when the player targets enemies with a weapon) that is widely used by other developers in the industry today.

However, we can take comfort in noting that the company’s latest game, Control, seems to be reaching the levels it deserves.

The title has indeed sold more than 2 million copies in addition to having been nominated for the “Game of the year” and to integrate the Xbox Game Pass, which will allow it to reach a more large number of people. The success of the company is not surprising when you know how much it strives to break boundaries, innovate and set new standards in the industry.

Tero Virtala, CEO of Remedy, assured that his company will continue to create immersive worlds, deep characters and varied stories, which allows us to have very high expectations for future games from the studio.

Formerly called Ubi Soft, this company is one of the video game studios that carry the standard high on the international scene. Since 1992 and the creation of the first Ubisoft Paris, the company has released many titles that have become iconic.

Today, its flagship series is undoubtedly that of Assassin’s Creed. This license for action-adventure and infiltration games is no longer to be presented, especially since the developer has been prolific and has already put a dozen on the market. The latest installment to date, Assassin’s Creed Valhalla, takes you to explore the Vikings way of life, much like the Asgard Warriors slot machine launched by game developer 1x2Gaming .

Even though the publisher said in a recent report that it no longer wants to focus solely on triple A’s, we can still expect it to deliver some incredible games on the PS5 and XBOX Series X.

Polish developer CD Projekt Red has made a name for itself in the industry by adapting The Witcher, the bestselling novel trilogy, into games. The Witcher series, especially the third installment, has provided gamers around the world with hours and hours of insane quality entertainment, with concepts and mechanics that we will not soon forget.

The strangest thing is that this company is having more difficulty with the launch of its new AAA project, CyberPunk 2077, which was very, perhaps too much, expected by gamers.

It is hoped that after the last tweaks, patches and updates to next-gen technologies, this new title will manage to express its full potential, but that does not prevent the company from occupying a special place in the heart of many enthusiasts.

This is a real achievement when you consider that CD Projekt was originally a simple game CD publishing and resale company. As studio boss Adam Badowski says, the company aims to be fearless, daring and confident in the industry, and we can’t wait to see what it will come up with next.

This American studio created a surprise in 2020 and took more than one back. As a terrible pandemic swept through our world and forced several video game studios to embrace telecommuting , Sucker Punch launched Ghost of Tsushima and caused a stir.

The infiltration and adventure game set in an open world impresses with its stellar graphics and refined gameplay that provides unparalleled immersion.

He also won the trophy for best artistic direction and several other awards. This came as no surprise to those familiar with the studio’s past work, however, including the infamous series for which many players keep clamoring for a sequel. If the company continues to offer such hits, it will very quickly position itself at the top of the list of the biggest developers in the industry.

To have the honor of producing the game that accompanies the launch of a new next-gen console, you clearly don’t have to be a small studio. In 2018 already, the developer Insomniac Games released one of the best games on PS4 with its Marvel’s Spider-Man.

Two years later, the sequel, Marvel’s Spider-Man: Miles Morales, commemorates the release of the PS5 and allows the company to demonstrate all its know-how. It proves that it is one of the companies thanks to which revolutionary technologies are integrated into video games , in particular through its mastery of ray tracing.

Still, the studio didn’t even need the famous Weaver to be popular, as licenses like Ratchet and Clank or Spyro the Dragon had already put it in the hearts of enthusiasts. Everyone is impatiently waiting to see what it has in store for us with the new opus Ratchet and Clank: Rift Apart, announced as the first game to harness the full power of Sony’s new console.

At the heart of many controversies related to the harmful work culture or the toxic behavior of certain players in the community, Naughty Dog remains a giant in the field. Few companies can indeed boast of having such incredibly popular licenses like Crach Bandicoot, Uncharted and The Last of US, just that.

The know-how and talent deployed by the teams of the American studio are no longer to be demonstrated, as they constantly push back the barriers in order to offer gameplay like no other, accessibility options that no one else had. thought, and especially finely written stories, which get the player to get involved 100% and bring the characters to life in their imagination. The whole industry is curious as to what other license the developer can offer us in the future.

Rockstar Games is what you can call a super star in the world of video games. There is simply no other name for a company that offers not one, but two huge, ultra-popular licenses. It is indeed the American company which is at the origin of the series of Grand Theft Auto and that of Red Dead Redemption.

Almost everyone knows GTA, even those who have never played it, and it just goes to show how incredible its reach is. The studio has not stopped pushing the limits with each opus released on the market, so much so that the GTA V, for which we have been waiting for a sequel since 2013 anyway, and the RDR2 launched in 2018 are still games of news, with millions of active players.

With the release of next-gen consoles, we will surely see this talented developer dazzling us with incredible new stories and justifying his place in the ranks of most popular video game studios around.

In this article we have shared the information about the most popular video game studios. Hope you liked this article.

What Exipure is good for? How Effective is Exipure? USA 2022

7 Qualities of a successful Entrepreneur 2022

What is Trade Marketing, what are its objectives and how can you apply it to your business